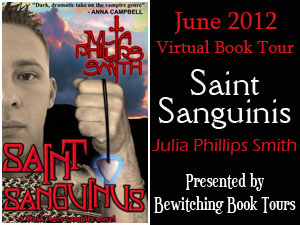 Peredur hung forward, his arms stretched awkwardly behind him, bound behind a large tree. Now fully awake, he tried to stand upright and surge forward, but the bonds held.
His brethren gathered all around the tree. Melnak who stood farthest away in the shadows, pulled his amulet from where it hid in his robes then lifted it over his head. As he approached, Melnak said, “God our Father, our brother now descends into the trial you have given him.”
The brethren intoned, “Our Father, hear us,” just as Peredur’s body began to jerk away from the amulet as though compelled to do so. Melnak brought the shining polished bone to rest against the bottom rib of Peredur’s left side.
For a moment Peredur couldn’t see. All before him was blinding white light.
When he came to, Peredur sensed he was somewhere else entirely, no longer bound to the tree.
In the distance, a figure waited for him, a miserable bent man barely clothed in rags. Peredur tried to join him, but at the hint of motion his legs shot through with fiery tendrils. The figure turned his face to see who approached.
Such a man. His face held the expression of one who had endured a torturous vigil, rather like the one from which Peredur could not free himself. But the face also held a beauty that hurt to see. Peredur wanted to turn his face away, but the gaze of those tormented eyes held him and despite the pain, he forced a step or two forward.
I’m coming, Peredur tried to tell him, but the bent figure lowered his head as if overcome by agony after all. Peredur grit his teeth and pushed forward with all his might.
His feet finally moved, but suddenly it seemed the saint was miles from where Peredur could reach him. Peredur’s heart sank.
He remembered in his boyhood, how heavy the sword had been at first, when the sword master made him swing it again and again. His legs just now were the same. They rebelled against his commands.
Move! he shouted at them. Move!
Anger at the injustice of it coursed through him. As the anger rose, the binding stiffness released his legs and his steps grew easier.
Peredur wanted to race to the saint’s side, but what use would there be in that? Now that he could move, he walked with dread toward the fallen bundle of rags and limbs. Kneeling there, he took the saint in his arms and brushed the matted hair from the bruised face.
Saint Cittinus’ eyes fluttered open.
Peredur looked down at the youthful saint in his arms, made old before his time by the captivity and mistreatment he’d endured. As if for the first time, Peredur saw the clear white line of a scar across the saint’s neck, as if a rope had choked him there.
Saint Cittinus looked into Peredur’s eyes. Those cracked lips moved. Instead of ‘I thirst,’ the saint spoke clearly, if softly. “We have no one else to fear,” he said, “but our Lord God. Who is in Heaven.”
Peredur nodded. He stayed as he was and watched the saint expire before his eyes. All the while his angel never took his hand from Peredur’s shoulder.
Saint Cittinus faded from Peredur’s grip, though he still felt the weight of him in his arms.  No sooner than he’d seen it, but Peredur came to.
He found himself still straining in his bonds against the tree. With breathtaking intensity, the pain in his rib returned. Melnak held the amulet to him still, with unyielding grimness.
He thought of the scar upon the saint’s neck. Instead of struggling and cursing as Peredur had done on the battlefield against the spear, Cittinus had accepted the wound that had given him the scar.
It was time to stop fighting.

June 20 Promo
A Dream Within A Dream
http://adreamwithindream.blogspot.com 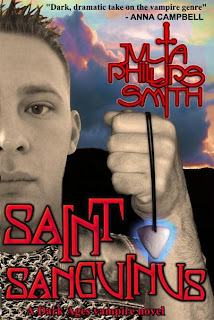 An elite brotherhood stands between humans and vampires, preventing one side from annihilating the other. Who are called to this service?

Only those warriors who curse God with their dying breath. Welsh warrior Peredur falls to a spear before he can claim Tanwen for his bride. Raging on the battlefield, Peredur utters the curse that seals his fate and leads him to another life. Using the power of a saint whose bone makes up an amulet, Peredur takes on the trials to become a true member of the brethren. Yet his need for the chieftain’s daughter Tanwen still burns.

Tanwen resists her father’s command to take a husband. The only one who understands her sorrow is Cavan, the wise woman’s son. When he promises that he can reunite her with her beloved, she agrees to his terms.

But does Tanwen truly understand the depth of the price that must be paid? 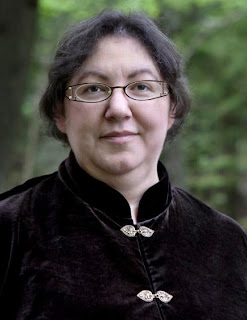 Julia lives with her husband and her mom on Canada's east coast, where the rugged sea and misty forests feed her thirst for gothic tales.

A longtime blogger, she invites you to visit A Piece of My Mind (http://julia-mindovermatter.blogspot.com/). ~~~

Blog - http://julia-mindovermatter.blogspot.ca/
Posted by Wenona at 3:00 AM

Thanks for hosting me today, Wenona. I spent my first six years in Royal Oak, Michigan before moving to Nova Scotia, on Canada's east coast. I have many aunts, uncles, cousins and friends in the Mitten State.