Welcome Paula. Please share a little about yourself, your genres, any other pen names you use.

Thanks for hosting me today, and pointing your readers in the direction of DRAGONSTONE. I just got off of a whirlwind two-week book tour with Bewitching Book Tours targeting my Lunchbox Romance with Boroughs Publishing Group, Three Wishes. Lots of readers found my contemporary fantasy romance about a leprechaun in Savannah, Georgia to their liking.

Thanks, "La Mamma Verde" means The Green Mom in Italian (or as close to it that google translate would give me-if it's wrong blame Google- LOL). I bring the green, my husband's heritage brings the Italian :-)

So Paula, Tell us a little about your latest or upcoming release.

My latest release is titled DRAGONSTONE. I wanted to write a twist on the typical Knight saves the Princess from the Dragon. In Dragonstone, I reversed the roles.

Magnus is a royal dragon, and he has a huge future in front of him – a prophecy names him, an Aurora class dragon, as the dragon who will unite all the dragons on Chalvaren. A mercenary steals his egg.

He’s just hatched, only days old, and in order to fulfill said prophecy Kort, our Elven Prince chases the mercenary who stole his egg to an alternate dimension to recover Magnus. Guess what happens along the way? Yep, you guessed it, there’s a princess involved, and of course, she’s guarding the Dragonstone. The story details how warrior prince Kort tries everything in his power to return the stolen dragon, Mia, and the Dragonstone to Chalvaren.

Are you a mom?

I have fur-babies, four of them. Three cats, and a one-hundred pound American Bulldog who looks like a Jack Russell Terrier on steroids.

I have two legged and four legged children. My furbabies consist of two kitties.

Most of my heroes are in part based on my DH, my One True Love.

Love is worth fighting for

Fly-fishing, oil painting, cooking, and working in my kitchen garden. I’m very green over here, Wenona, and I use my garden to reconnect to nature – a replenishing force for a tired writer.

I agree- gardening is my connect to nature and relax time. It's like mediatation for me. Nothing helps kick stress in the butt like yanking weeds from the garden or tearing up dirt with the garden tools. I wish I could say I loved to cook all my fresh veggies- but I really don't. I mean I get in moods, especially during harvest time where I get creative in the kitchen and go all out, but normally cooking is just stress for me.

Is there a genre that you’d like to write that you haven’t tackled yet?

I’ve written romantic suspense, and have two novels up on amazon now, The Wishes Chronicles. I’d like to write more in that genre – Thrillers laced with romantic tension.

I love Magnus, the dragonlet in Dragonstone. The reason he’s one of my favorites is here he is, this days-old dragon, hatched away from other dragons, and he has no idea what he’s supposed to do, or how to be a dragon. He doesn’t even know how to fly yet. I lost my heart to Magnus, and I love Kort and Mia fiercely because they throw themselves all-in to make sure the little imp has a fighting chance to get back to their home-world of Chalvaren, where he can live and prosper among the other dragons waiting for them.

I can share that the full-length novel follow-up to Dragonstone is my current WIP. Readers will have to judge for themselves if the Kingdom of Chalvaren Romances is a line they’re interested in when Dragonstone sweeps them away into my world of fantasy romance.
What is next for you? Do you have any scheduled upcoming releases or works in progress?

I recently finished Blood Vine, by Amber Belldene, and Down By Contact by Jami Davenport.

What is in your to read pile?

I’ll never get to them all in my lifetime. I want to read Haven, by Celia Breslin (available this summer), Blood Vine 2, by Amber Belldene (also available this summer), Forward Passes by Jami Davenport, 101 Nights by Kellyann Zuzluo, The Starlight Series by Susan Mac Nicol, along with about 25 other titles on my e-reader. 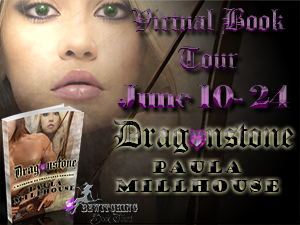 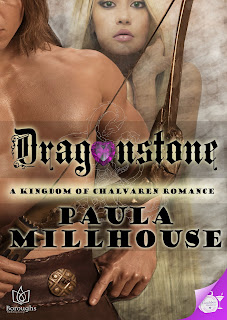 Dragonstone
Prequel to A Kingdom of Chalvaren Romance
Paula Millhouse 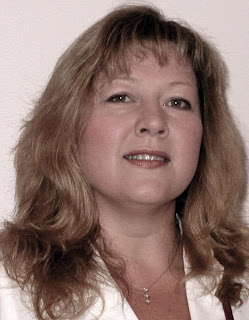 Paula Millhouse grew up in Savannah, Georgia where Spanish moss whispers tales in breezes from the Atlantic Ocean, and the Intracoastal Waterway. As a child Paula soaked in the sunshine and heritage of cobblestones, pirate lore, and stories steeped in savory mysteries of the south. She’s a member of Romance Writers of America, the Fantasy, Futuristic, & Paranormal chapter, the Mystery/Suspense chapter (Kiss of Death), and a member of Savvy Authors.

In the southern tradition of storytellers, she loves sharing the lives of her characters with readers, and following her muse on the quest for happily-ever-afters in thrilling romantic fiction.

She lives with her husband at the base of the Blue Ridge Mountains with their pack and pride of furry babies.

Email ThisBlogThis!Share to TwitterShare to FacebookShare to Pinterest
Labels: Interview and Giveaway: Dragonstone by Paula Millhouse

I love your site! Thanks for hosting the Dragonstone virtual Book Tour today.

Hope your readers enjoy the story!

What a great interview and a great site! I agree about gardening, Paula...it's a fantastic way to unwind, plus grow something to eat (I have veggies and some herbs growing in mine.)

That's so cool, Kellyann. I love Wenona's description of pulling weeds as stress-busting therapy! All writers need that!

Thanks for being here.

I love my gardens.