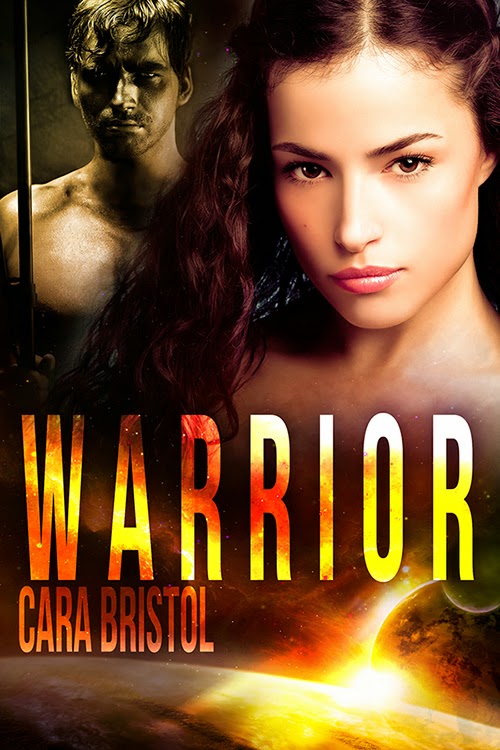 A female fighting for freedom.  A male armed with determination. Can they save their people?

As a despotic Qalin marches through Parseon intent on conquering every province, Commander Marlix pledges his sister to another Alpha to protect her. Desperate to decide her own fate, Anika flees and finds refuge with the guerilla resistance movement against Qalin. Marlix’s aide Urazi hunts her down to bring her home to fulfill her duty. But when love blossoms between them, and provinces fall to Qalin, Anika and Urazi realize home has ceased to exist, and they are all that stand between the people of Parseon and the end of the world.

Warrior is the third and final book of the Breeder science fiction romance series, but it can be read as a stand-alone.

To each side—and up above on the wall itself—stood defenders armed with laser projectile devices. But it wasn’t the weapons that drew Urazi’s stare—but the guards, the creatures themselves.

“Are those Veronians?” he gasped in low voice.

“Yes,” Anika answered. “I recognize them from Omra’s description.” When Dak’s former beta Corren grew jealous of Omra, he had tried to sell her to the Veronian emperor.

One of the creatures separated from the pack to confer with Perce. Two spindly legs and a long, thick tail supported a scaly, leathery body. Red eyes wept in a hideous face without nose, ears, or lips. As Urazi watched, the creature inserted a device that hung around its neck into a slit cut just above what might be considered a chin.

“What do you think it is doing?” Urazi whispered.

“That inhaler allows it to survive in our atmosphere.”

With a nod at Perce, the creative lumbered toward them.

“Whatever you do, do not let it touch you,” Anika muttered. And then the Veronian stood before them, its rheumy gaze seeking out Urazi. His morning rations curdled in his stomach at the odiferous slime oozing from the creature’s pores. Monto, the smell! Dangling between its legs was a hose-like appendage, also covered with the gelatinous substance. The alien peered into the back of the wagon.

It took six guards to tug open the massive gate.

“Ayaa!” Perce shouted. His transport jerked forward without delay. Urazi wondered if he too was revolted by the Veronians.

Urazi applied the quirt to the beasts, and they followed Perce into the walled city. He heaved a sigh of relief when the massive gates closed and locked. Poverty and neglect had choked the hamlets, but, here, a grand and magnificent municipality sprawled. Stark impoverishment outside, unparalleled resplendence inside—separated only by a wall. He gawked at the abrupt change, but he could not forget the Veronians.

“Did you notice they wore gloves?” he asked.

Anika nodded. “In case they hand something to a Parseon guard. That substance coating their bodies is caustic. If they touch you, the exude will melt your flesh.”

“They are shocking to behold, and I am surprised to see them at all. I had assumed aliens had been evacuated upon declaration of war. But if you are Qalin, treaties do not matter, I suppose,” Urazi mused.

“I am still thinking about the Veronian. Did you notice its manhood?” Anika’s shoulders shook. “It’s alienhood.”

“That is what caught your attention?” Urazi gaped at her.

“I tried not to gawk. But one could hardly avoid it.” Her eyes glinted with merriment. “Your manhood is much prettier.”

“Than a slime-covered alien’s? Little compliment you pay me,” he said. 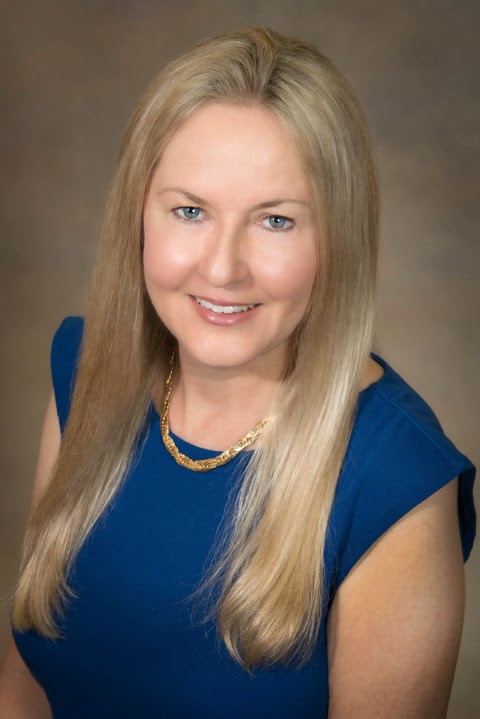 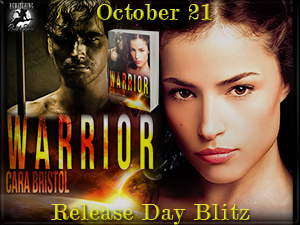 Thank you for hosting Warrior!