Hello, and thank you for having me! I write paranormal romances, which I think is the coolest job in the world. I’m lucky enough to explore fantastic worlds in my head and then actually write them into books. Though I’ve had a couple different jobs in my life—a child care provider when my daughter was little and briefly a real estate agent until I realized I’m too shy to be a decent saleswoman—I always come back to writing.

I’m so thrilled to release the third book in my Dark Caster paranormal series. In books one and two I became obsessed with Cole Burkov, the necromancer slash comic book nerd, and I finally wrote his story in Spell of Vanishing.

The fourth and final book in the series, which I’m writing as we speak, will be Derek Walker’s story. He was a villain in book one, tortured in book two, disappeared in book three… Find out Spring 2015 how he finds redemption while going up against his old boss, the Dark Caster.

Yes, I have one daughter.

If yes do you find it hard to juggle writing and parenting?

Yes! It’s a constant struggle. She’s ten and still needs a lot of attention. I get frustrated, but I try to write before she wakes up in the morning or after she goes to bed at night, because I also work during the day. Finding time to write is a challenge, but it’s also very important to me. So, I find small pockets of time to write. Even if it’s only fifteen minutes.

Definitely! The little girl, Hunny, in the Red Plague series is based on my daughter when she was that age. I based the Labrador, Buster, in the Dark Caster series on my brother’s rambunctious dog. I find myself adding characteristics of people I know into my characters all the time. It’s fun because later I can tell them they inspired a certain character and I think it gives the characters a touch more realism.
Is there a theme or message in your work that you would like readers to connect to?

I have a ton of hobbies (or potential hobbies). The problem is I never have the time to really get involved. I love comic books, crochet, baking, quilting, and scrapbooking. I try to squeeze at least one between writing projects. This summer I finally finished a scrapbook for my daughter and was so relieved I got it done.

Currently, I am writing book four in the Dark Caster series as part of National Novel Writing Month (NaNoWriMo). Once that is released in Spring 2015, I’ll compile a boxed set of all four volumes. And then I’ll start writing a brand new paranormal series that I’m super excited about. I hope to release the first book, The Shopgirl’s Prophecy, in Fall 2015.

I read all different genres. Naturally, paranormal romance is at the top of my list, but I am also looking forward to reading The Martian and more Elizabeth Hoyt regency romances. 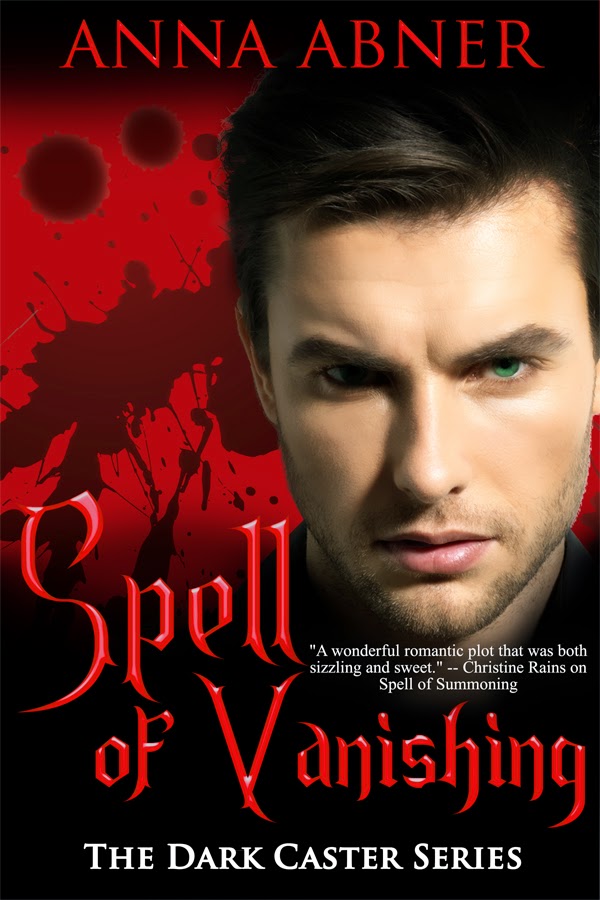 Cole Burkov is a formidable necromancer, but waking from a devastating nightmare spell has left him confused about what’s real and what’s fantasy. Afraid of hurting more of his friends, he casts a vanishing spell on himself, except something goes wrong. He’s not invisible to spirits. He’s invisible to everyone.

Talia Jackson doesn’t want to help Cole cast his vanishing spell. She’s on a mission to collect him for the Dark Caster. But when Cole uses her, against her will, to create the spell she becomes the only human being on earth that can see him.

Together, the unlikely allies will seek out one of the most diabolical casters in the dark cabal—the White Wraith. But when the witch fights back, Cole and Talia discover they may not be strong enough to survive her furious assault.

Rough asphalt dug into Cole Burkov’s knees, but he couldn’t remember why he’d knelt in front of a burned down church in the first place. His memory was in tatters, made up of a pinch of nightmare, a dash of reality, and a whole lot of lost time.
Blood was what brought him back to himself. The old, itchy blood on his hands and the fresh, slimy blood smeared across his left forearm, obscuring the line of scars of varying ages running up his wrist like railroad tracks.
When he cast magic he was always careful to cut shallow slices, but maybe sometime during the night, lost in his muddled memories, he’d cut himself too deep.
He couldn't remember.
Cole sucked in a deep breath, hoping the rush of humid, North Carolina air would stimulate his memory, but it only made him dizzy.
As he gazed up at the charred skeleton of a former religious building, he got the funny feeling he was supposed to be doing something. That he wasn't there on his knees by chance.
A large, ebony crow peered at him from a willow tree at the edge of the parking lot. Crows were bad luck, but one in a churchyard was an omen of death. The bird flapped his wings once and took flight, soaring low over the parking lot before disappearing behind a brick wall.
"Cole!" A familiar ghost appeared in front of him, her face a mask of agony. He had never seen his spirit companion Stephanie so distressed. "I found Dani. She's coming. Can you hear me? She's on her way. Just hang tight and everything will be okay."
Daniela Ferraro. His friend. The witch.
Bits and pieces of the last few days resurfaced. He had strangled Dani in a hospital room and then escaped, hiding out on the streets and in the woods ringing the town. The night before he’d slept sheltered among a copse of pine trees behind Auburn's movie theater. The night before that? Hard to say. He thought the clothes he wore, black scrub bottoms and a yellow smiley face tee, were castoffs from the hospital. Or maybe that was part of the nightmare spell. Maybe he’d never been inside a hospital.
Either way, unable to suffer the guilt a moment longer, he’d come to the Dark Caster's last known gathering place to face him. Or join him. That, too, was vague.
Of course the bastard wasn't there.
But if Dani was on her way it meant one of two things. Either he was still in the nightmare spell and Cole would be forced to kill her again when the evil inside him rose up, or he hadn't killed her and she’d try to stop him from going to war with the Dark Caster.
Neither of those things was going to happen.
“Tell her not to come,” he said. “Tell her not to come anywhere near me.” 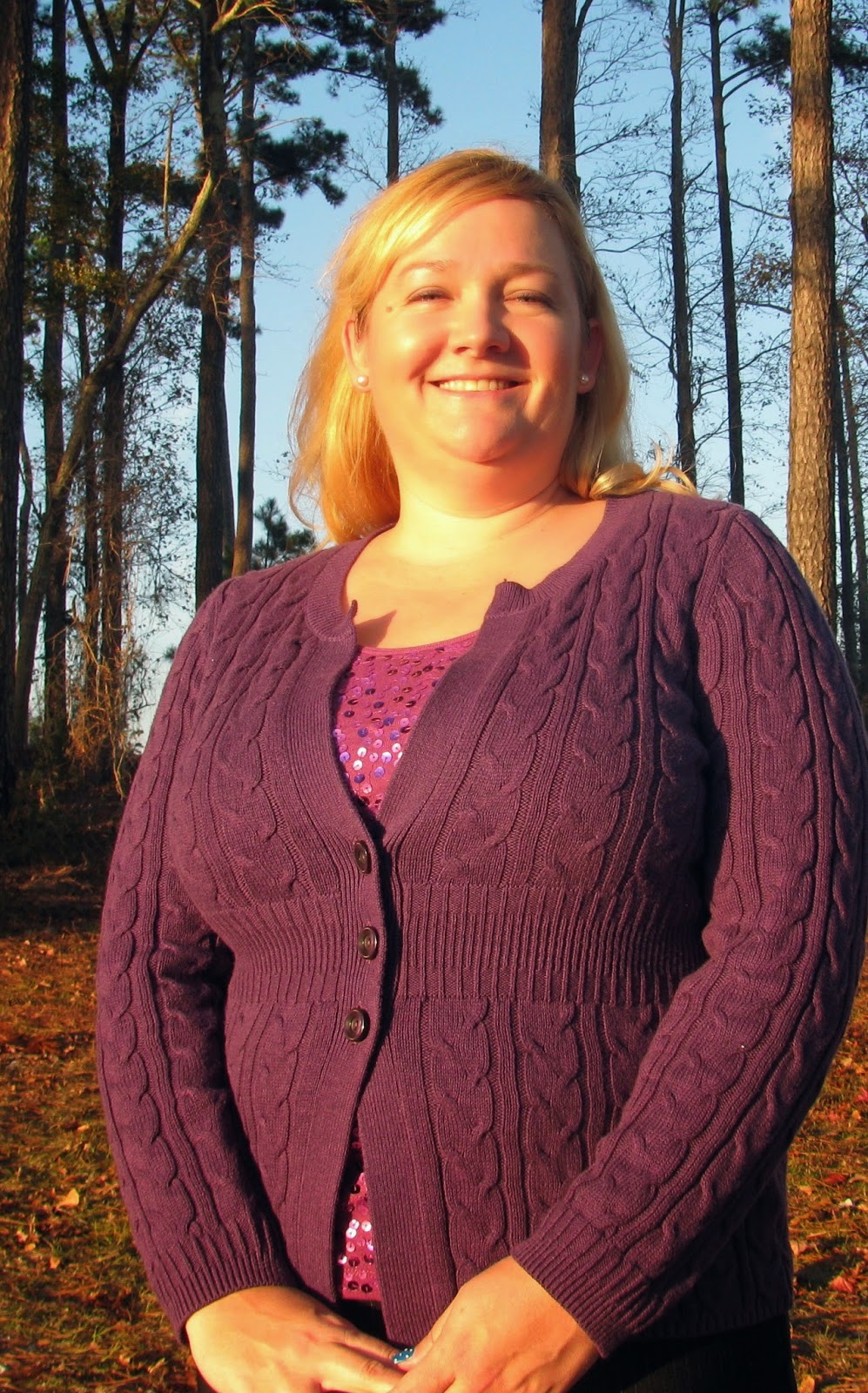 Anna Abner has been a writer for nearly her entire life, but some of her day jobs have included teaching, childcare, and real estate. She lives in North Carolina with her family and loves hearing from fans. 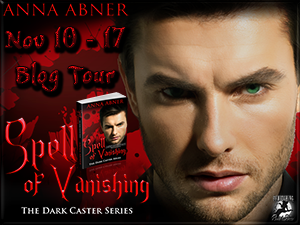