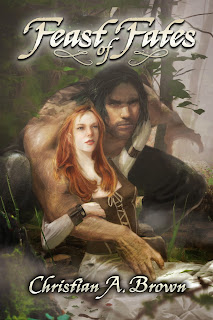 Four Feasts Till Darkness
Book One
Christian A. Brown

"Love is what binds us in brotherhood, blinds us from hate, and makes us soar with desire.”

Morigan lives a quiet life as the handmaiden to a fatherly old sorcerer named Thackery. But when she crosses paths with Caenith, a not wholly mortal man, her world changes forever. Their meeting sparks long buried magical powers deep within Morigan. As she attempts to understand her newfound abilities, unbidden visions begin to plague her--visions that show a devastating madness descending on one of the Immortal Kings who rules the land.

With Morigan growing more powerful each day, the leaders of the realm soon realize that this young woman could hold the key to their destruction. Suddenly, Morigan finds herself beset by enemies, and she must master her mysterious gifts if she is to survive.

Morigan took the bracelet.
“I accept your offering.” The Wolf’s face lit and she thought that he would leap at her. “Yet first, I have a request.”
“Anything, my Fawn.”
“I would like to see…what you are. The second body that shares your soul. Show me your fangs and claws,” she commanded.
Perhaps it was the steadiness of her voice, how she ordered him to bare himself as if he belonged to her, that made the Wolf’s heart roar to comply. He did not shed his skin but for the whitest moons of the year, and even then, so far from the city and never in front of another. In a sense, he was as much a virgin as she. With an unaccustomed shyness, he found himself undressing before the Fawn, confused for a speck as to who was the hunter. The flare of her nostrils, the intensity of her stare that ate at him for once.
I have chosen well for a mate. She is as much a Wolf as I, he thought, kicking off his boots and then shimmying his pants down to join the rest of his clothing. No bashful maiden was Morigan, and she did not look away from his nakedness, but appreciated what she saw: every rough, hairy, huge bit of him.
He howled and fell to all fours. Bones shifted and snapped, rearranging under his skin like skeletal gears. From his head, chest and loins, the soft black hair thickened and spread over his twisting flesh. His heaving became guttural and sloppy, and when he tossed his head up in a throe of agony or pleasure, his beard had coated his face, and she noticed nothing but white daggers of teeth. Wondrously Morigan witnessed the transformation, watched him swell with twice the muscle he had possessed as a man, saw his hands and feet shag over with fur and split the soil with black claws. Another howl and a final gristle-crunching shudder (his hindquarters snapping into place, she thought) signified the end of the change.
Her dreams did not do Caenith justice. Here was a beast twice the size of a mare with jaws that could swallow her to the waist. Here was a monster that had stalked and ruled the Untamed. A lord of fang and claw. The birds and weaker animals vanished, knowing a deadly might was near. Around her, the Wolf paced; making the ground tremble with power; ravishing her with his cold gray gaze; huffing and blasting her with his forceful breaths. While the scent of his musk was choking, it was undeniably Caenith’s, if rawer and unwashed.
Morigan was not afraid, and was flushed with heat and shaking as she slipped the bracelet on and knelt. She did not flinch as the Wolf lay behind and about her like a great snuffling rug and placed his boulder of a head in her lap. No, she stroked his long ears and his wrinkled snout. A maiden and her Wolf. Soon the birds returned, sensing this peace and chirping in praise of it. And neither Morigan nor the Wolf could recall a time—if ever there was one—where they had felt so complete. 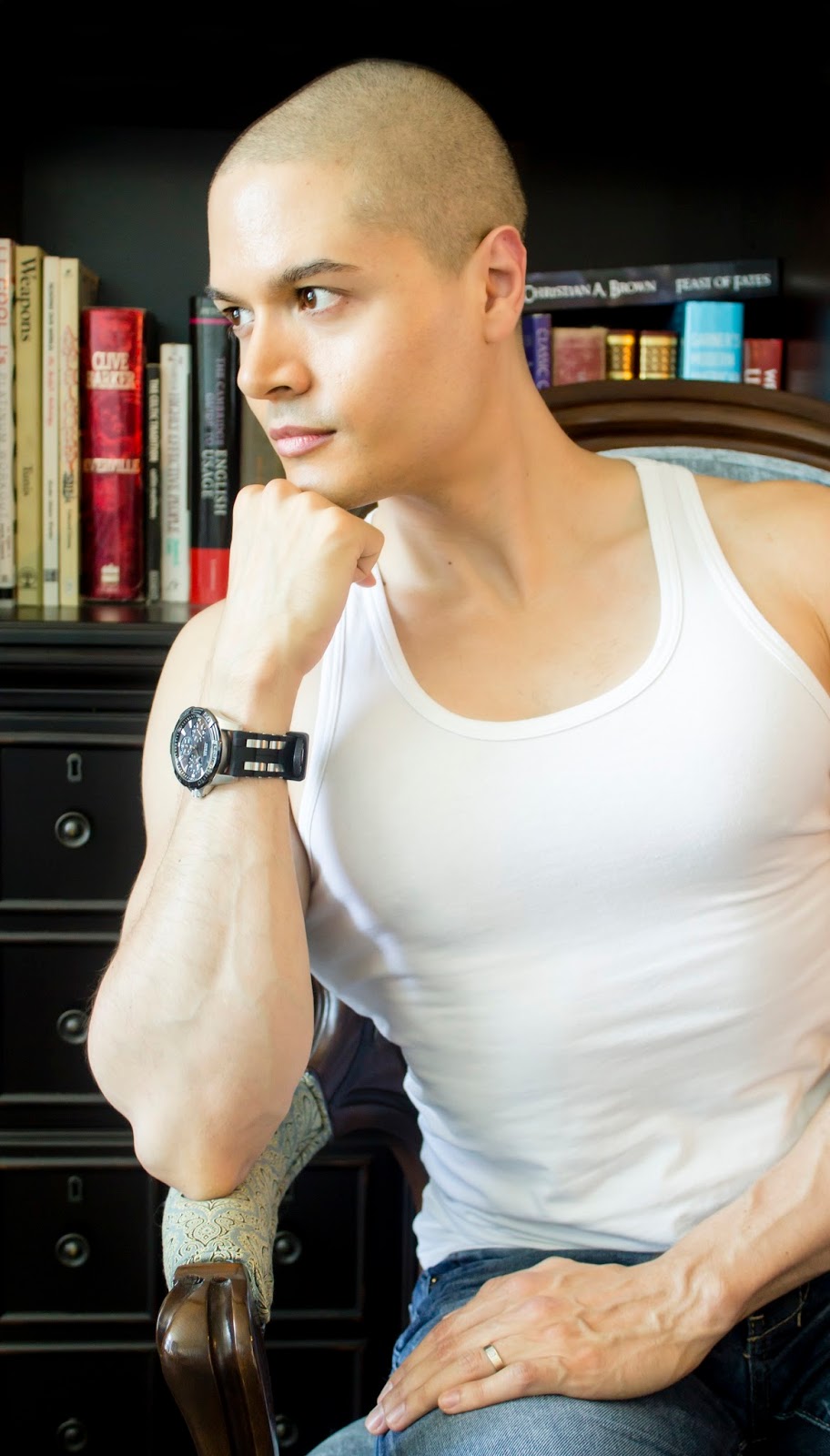 Christian A. Brown has written creatively since the age of six. After spending most of his career in the health and fitness industry, Brown quit his job to care for his mother when she was diagnosed with non-Hodgkins lymphoma in 2010.

Having dabbled with the novel that would eventually become Feast of Fates for over a decade, Brown was finally able to finish the project. His mother, who was able to read a beginning version of the novel before she passed away, has since imbued the story with deeper sentiments of loss, love, and meaning. He is proud to now share the finished product with the world. 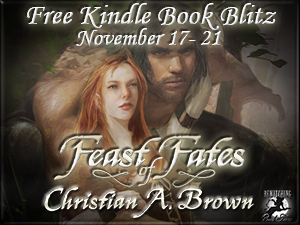 Email ThisBlogThis!Share to TwitterShare to FacebookShare to Pinterest
Labels: Kindle Free Book Blitz: Feast of Fates by Christian A. Brown