Top 10 Places I’d Like to Visit: LIP SERVICE by Adele Downs Plus a Giveaway

Venice, Italy, to ride in a gondola

Sicily, Italy, to taste the food

Tuscany, Italy, to see the countryside

Norway, to see the Northern Lights

Ireland, to meet the people

Scotland, to see the castles

London, England, to feel the excitement 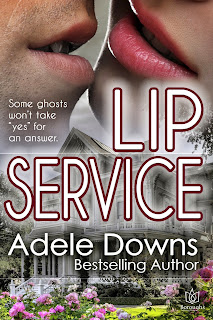 Orphaned at a young age, Legs Anderson owes her Aunt Ada everything. The stoic old lady raised her, and Ada’s warnings about men—and the Harris boys in particular—have stuck, even after her death. Of course, that could be because Ada stuck around, too.

Patience is not one of Jack Harris’ virtues, and he’s waited too long to start a life with the woman he’s loved since childhood instead of them just knocking boots. Now Ada is interfering from beyond the grave, haunting the old Victorian house she bequeathed to her niece and reinforcing Legs’s fears of commitment.

But Jack won’t give up. No matter what trouble may follow, the house will be renovated, Ada will learn to let go, Legs will put her money where her mouth is… then Jack’ll put his lips everywhere else.

Available at  Boroughs Publishing     ARe

"Move in with me, dammit. You’re the most stubborn woman I ever knew.”

Legs topped his coffee cup with fresh brew, easy as you please. “No more stubborn than you, since you keep askin’ the same old question. I have my own place.”

Jack frowned and stabbed his egg yolks, making them run. “Then let me live with you.”

“In my aunt’s house?” Legs asked like he was crazy.

“I’m trying to fix it up. I have to patch and paint. There’s no room for your things.”

“I’ll help you and then you’ll have plenty of space for me. And my stuff.”

Her ponytail shook with her reply. “Ada won’t like it. She’ll think it’s immoral.”

Jack leaned forward. “You talk about her like she’s still with us. She’s been gone over a year, sweetheart.” His voice dropped an octave and his brow creased. “Don’t you think she’d give in after all this time?”

Legs wrinkled her nose. “No. She thinks you’re a wanderer.”

Jack tossed down his fork. “I own a sporting goods store! I go fishing!”

He touched her hand when she got close enough and drew little circles around her wrist bone with a fingertip. The preschool teachers from Let’s Explore stifled sighs at the next table. “It’s time to let go, darlin’.” His expression turned earnest. “She raised you, I know. But I want to be with you now. It’s time to let me in.”

Jack sighed and returned to his breakfast. “We’ll talk about this again tomorrow.” 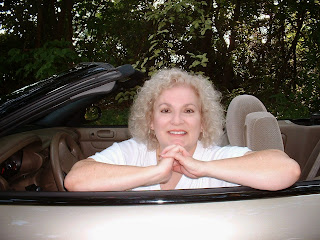 Adele Downs writes Contemporary Romance inside the office of her rural Pennsylvania home. She is a former journalist, published in newspapers and magazines in the USA, UK and Caribbean.

Adele is an active member of Romance Writers of America and her local RWA chapter where she serves as past-president. She has written several articles for RWR magazine (Romance Writers Report), and she has presented workshops for writers.

When Adele isn’t working on her current project, she can be found riding in her convertible or reading a book on the nearest beach. 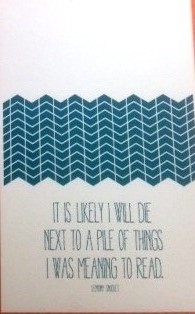 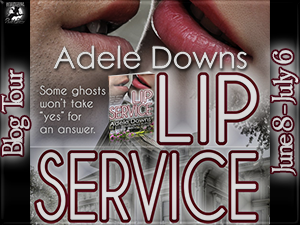 Email ThisBlogThis!Share to TwitterShare to FacebookShare to Pinterest
Labels: Top 10 Places I’d Like to Visit: LIP SERVICE by Adele Downs