In the Kitchen with Craig A. Price Jr. - Recipe for Wyvern Pickles

Hello, I am Craig A. Price, a USA Today Bestselling Fantasy Author. Today, I want to talk about something awesome. Wyvern Pickles.

What are Wyvern Pickles you ask?

Well, they’re just like wyverns. They’re sweet, but they have a bite!

A wyvern’s bite isn’t quite as strong as a dragon’s, so don’t worry about the ghost peppers … this time. Instead, pick a few habaneros from your garden or local store.

Now, if you’re anything like me, you like a bit of spice in your life. I’ve never much cared for sweet pickles, but that was before I found Mrs. Wages. Now, I love them. However, I wanted to give a little twist to the recipe. Making pickles with Mrs. Wages is quite easy. All you need is already sold in a bag.

All you need is jars and cucumbers. I save all the jars we buy so I can make pickles or jam. 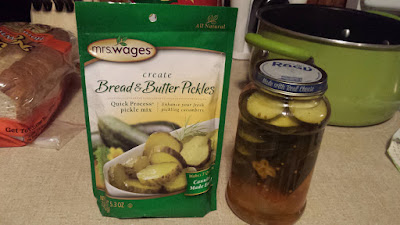 What do you need to make Wyvern Pickles?

You mix the vinegar with the bag of Mrs. Wages, boil it, cut the habaneros into slices to put in the bottom of your jars, cut the cucumbers into thin slices to put in your jars on top of the habaneros, then use a ladle to pour the pickle juice in the jars after it’s finished boiling.
Now you just need to let them sit for a week or so.

And wow are these things good! Sweet Pickles with a bite! Wyvern Pickles!

Do you like things spicy? What type of foods have you added spice to?

If you want to see more of my idea of wyverns, check out my series, Dragonia Empire, starting with book 1, Dragonia: Rise of the Wyverns! 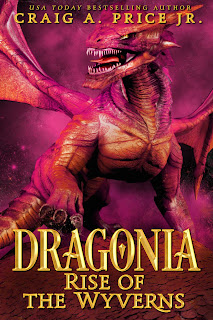 Dragonia: Rise of the Wyverns
Dragonia Empire
Book One
Craig A. Price Jr.

Tagline: Who would win, Dragon Riders or Wyvern Riders?

The Resistance struggles to find a way to defeat the Dragonia Empire; all hope seems lost against the dragon riders, until they discover an island full of wyverns.

Devarius has lost everything. His parents murdered, his sister kidnapped, and the new village he called home: destroyed. The Dragonia Empire has gotten out of control, destroying anything and everything in its path searching for the Resistance.

Devarius is left with little choice but to find the Resistance, join them, and hope he can help them defeat the Dragonia Empire once and for all to bring peace to the land of Kaeldroga.

Devarius craned his neck as he studied the inside of the wyvern’s throat. It was hard for him to see clearly, but he was curious about the anatomy of the wyverns. Both suns were in the sky that morning, the orange one barely larger than a moon now, but the inside of the wyvern’s throat was still dark. He wished he could use a torch, but if what he suspected was true, using a torch inside of a possible fire wyvern’s mouth would be suicide.
“Devarius!” Aquila whispered through clenched teeth.
Devarius moved his head out of the wyvern’s outstretched jaw and smiled at Aquila as she ran toward him. “Good morning.”
“What in the name of the Creator are you doing?”
“Researching.”
“Are you mad?”
“Possibly?” he said.
Devarius shrugged and stuck his head back into the wyvern’s mouth.
“Devarius! Get your head out of that creature’s mouth.”
He turned his head around. “I assure you, Aquila, I’m safe.”
“How do you know that?”
“Ayla told me.”
She glanced to the small wyvern, who nodded enthusiastically. Aquila clenched her eyes shut, her hands shaking as she watched Devarius turn back to inspect the inside of the wyvern’s throat.
“What are you looking for?”
“It’s interesting. This creature has a uvula like we do, but there’s a small hole at the bottom of it. At the tip of the hole, I see a dab of fluid … like it’s about to fall down onto its tongue.”
“Why is that important?” Aquila asked through clenched teeth.
Devarius turned around and grabbed a small wooden bowl. “Ayla, can you ask the wyvern if it’ll let me touch and … possibly squeeze its uvula gently?”
“You want to what?” Aquila demanded.
“Ayla?”
Ayla cocked her head to the side, then looked from the wyvern to Devarius. Her mouth opened and a vibration came out, but no sound. After a moment, Ayla glanced back to Devarius, paused, then nodded.
“Excellent,” Devarius said.
“Devarius, so help me, if you stick your head back in that wyvern’s mouth and squeeze its uvula, I’ll … I’ll ...”
“Don’t stress so much,” he said. “I’ll be fine.”
He winked at her before reaching his hand inside the wyvern’s mouth and squeezing its uvula gently. A thick translucent orange liquid dripped. Devarius wrinkled his nose as he watched small droplets of the liquid fall into the wooden bowl. He squeezed a little harder. The wyvern grunted, and its jaw shivered. Devarius watched as the drips turned into a small stream. He let go of the uvula and carefully exited the mouth of the wyvern.
Aquila stared at him wide-eyed. She exhaled a long breath like she’d been holding it since he began.
Devarius grinned at her as he showed her the small bowl of translucent orange liquid.
“You can close your mouth now,” Devarius said.
Ayla translated for him, and the wyvern shut its mouth. It looked down at Devarius and sniffed the bowl in his hand. Ayla bounced over and sniffed the liquid as well. Her head fell to the side, as if questioning what it was.
“I don’t know, but I hope to find out,” Devarius whispered to Ayla.
He sat on the ground and grabbed a few glass vials from his sash to study the liquid inside them. Aquila sat next to him.
“What is it?” she asked.
“I’m not sure.” He used a small metal scalpel to scrape a line of the liquid onto the ground.
“What are you doing?” Aquila asked.
Devarius didn’t turn away from the ground as he withdrew his flint and steel from his bag. With one swipe, sparks flew onto the ground. When the sparks hit the liquid, it burst into flame immediately. Unlike a natural fire, these flames rose over ten feet high. Devarius leapt back, diving over Aquila and pinning her to the ground. He placed his body over her, shielding her from the fire.
While holding her down, he turned around to stare at the flames. After a few seconds, they died down, but were still at least three feet tall. He got to his feet and helped Aquila up.
A perfect line where he’d poured the liquid burned furiously. The two of them stared in awe. Even the wyvern watched the flames curiously, its head to the side. Ayla nuzzled against him.
“What just happened?” Aquila asked.
“I think I discovered how a red wyvern breathes fire.”
“The liquid?”
“Oil. I felt it with my fingers. It’s oily. Whatever it is, it’s extremely flammable.”
“How does it catch the oil on fire? Can it create a spark?”
“I don’t think so,” Devarius said. “Remember how hot its breath is?”
“Yes.”
“If it’s hot enough, it’ll instantly ignite the oil.”
“That’s incredible.”
“I wonder if the other wyverns have similar oil. I wonder if it’s different.”
Aquila touched Devarius’s shoulder. “Don’t you put your head in any more wyverns, Devarius. I mean it.”
He smiled at her. “I won’t … today.”
“That’s not funny.”
Devarius forehead creased.
“Are you trying to raise your eyebrows?” she asked.
The crinkles on his forehead changed. “Yeah … why?”
She smiled at him. “Because you no longer have eyebrows.”
His eyes widened as he reached up and touched the soft, hairless skin above his eyes.

Craig A. Price Jr. is a USA Today Bestselling Author. His novel, The Crimson Claymore, an Epic Fantasy Adventure novel that has garnered millions of reads, was featured in fantasy, had more than 17,000 votes, and more than 1,000 comments/reviews on the social networking platform for readers and writers, Wattpad. 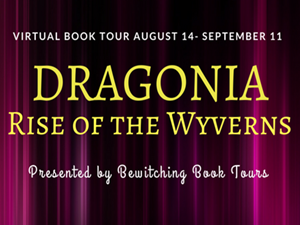