In honor of my first wife Mara - the subject of Helplessly Hoping - I present you with her favorite recipe.  Well, that is, her favorite recipe to ask me to make.  Mara was never that great of a cook, despite being famous for making the best popcorn.  She knew exactly how much oil to put in a big Dutch oven, the right number of popcorn kernels, and how to shake it so it was always fluffy, never burned.  She had her select specialties, but when it came to a big dinner she preferred to “supervise” and leave the cooking to me.  She always made sure to have a loaf of fresh French or Italian bread when I made this dish, so she could dunk piece after piece in the sauce.

I haven’t made this in some time…now I feel like I suddenly want to.

Lightly salt and pepper both sides of flank steak.  Spread one side with the mustard.  Set aside.

To prepare stuffing, heat vegetable oil in a frypan.  Add onion and cook for 3 minutes, until lightly browned.  Add mushroom pieces; cook for 5 minutes.  Stir in parsley, chives, tomato paste, and bread crumbs.   Season with salt, pepper, and paprika.  Spread the stuffing on the mustard side of the flank steak.  Roll steak up jelly-roll fashion and tie with thread or string.
To prepare gravy, cook bacon in a Dutch oven until partially done.  Add the meat roll and brown on all sides, approximately 10 minutes total.  Add onions and sauté for 5 minutes.  Pour in the beef broth.  Cover Dutch over and simmer for one hour.  Remove meat to a preheated platter, clipping the string and removing the stuffing from inside the roll to serve separately.

To finish the gravy, season pan juices with mustard.  Salt and pepper to taste.  Stir in ketchup.  Serve the gravy separately. 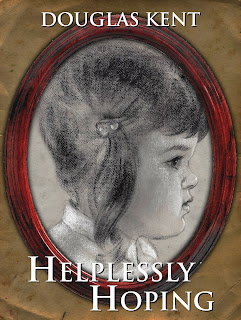 Tagline: When Love is All You Have Left

High school sweethearts Mara and Douglas are young and in love, but they’re about to discover that the nightmares of the past have a way of haunting us in the present. Together they will face the demons of Mara’s childhood…but will either of them get out alive?

A true and hauntingly candid look into the tragedy of sexual abuse and mental illness, and the struggle to stay afloat when everything seems hopeless.

One night we were lying in bed watching television. As a general rule at this stage, I would fall asleep hours before Mara would. She’d stay up until 2am or later watching television, unable to sleep, and instead would sleep until 10am or later in the morning, waking up only for a moment to take the handful of pills I’d give her before leaving for work.
Mara had been strangely quiet all evening, neither laughing at the TV nor complaining of any discomfort. I rolled over, gave her a kiss goodnight, and started to settle in to fall asleep. At that point, Mara reached back and opened her own bedside drawer, pulling out the Bowie knife and showing it to me.
“Tonight, when you are sleeping,” she said in an emotionless monotone, “I am going to stab you to death.”
“Okay,” I replied calmly. “And why would you want to do that? Did I do something wrong?”
“No, but I’m tired of living. And if I kill you, I won’t have a reason to live anymore. So I will be free to kill myself. And that’s what I am going to do.  I’m sorry, but I just can’t take it anymore. And I don’t want to kill myself and leave you behind to deal with the guilt and the mess.”
I could actually see the warped logic of what she was telling me. But I didn’t know what to do, or what to say. Life had been dragging us both down, and for a long time I’d had no hope of things getting any better. At any rate, I was tired too, physically, mentally, and emotionally. And I felt completely helpless in my life. I didn’t see how anything would ever really get better. Sure, there would be better days and worse days, but the trend was set: downwards.
I rolled over on my side and faced away from Mara. I didn’t want to look at her. I just put my head down on the pillow, said “I love you,” and closed my eyes. Death has always been a huge fear for me; trying to fathom the concept of nonexistence makes me shake all over, and when that happens, I have to snap out of that quickly. I knew Mara was serious, and I felt fairly certain she would follow through with her plan. But in my state of misery, it didn’t matter. The fear of death, and the thought of that knife plunging in and out of my body, barely moved the needle. I simply didn’t care any longer. In only a few minutes I was asleep. 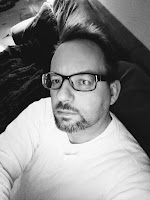 Born in Danbury, CT, Douglas Kent now makes his home in the Dallas, TX area with his two black cats. While he still dabbles in fiction and satire, his published works have focused on personal experiences in the form of memoirs.

He is also an avid supporter of independent film and music, and a lifelong animal lover. 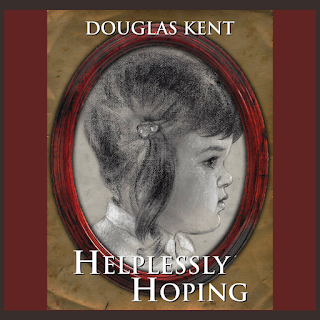 Email ThisBlogThis!Share to TwitterShare to FacebookShare to Pinterest
Labels: In the Kitchen with Douglas Kent - Recipe for Beef Roast with Mushroom Stuffing #recipe #inthekitchen