I used to collect shoe boxes and turn them into dollhouses. One time, I thought it was a good idea to add a pool. I spilled water everywhere and got in trouble because the ceiling started leaking.

Eventually, I graduated to drawing. I’d practice by sketching Disney characters from a coloring book. But, for some reason, over the years, I just stopped all that, except for writing.

When I started publishing books, I began dabbling in Adobe Photoshop.

Now, I do more than dabble. 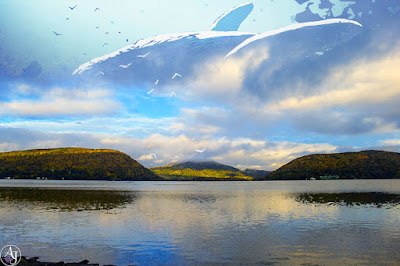 Turning my photos into fantasy landscapes has been my recent project. I captured the base scene at sunrise while in Peekskill, NY. Since this is kind of photo editing is new to me, I try to use images with a lot of sky. They’re easier to edit.

Like writing, designing in Adobe Photoshop is relaxing. I get lost in figuring out how to make the vision in my head come to life. All of the stresses just become background noise.

I have always been creative but I didn’t study design until I got my masters in Publishing. Even then, they weren’t really teaching us to be designers. They were showing us how to spot good and bad designs mostly with book covers and websites. I taught myself Photoshop and photography. Formal training does help but don’t let that stop you.

Do you have some creative passion you want to pursue? Try it. Find someone or a group who will give you honest and helpful feedback. 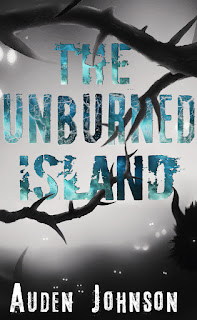 The Unburned Island
Other Investigator Series
Book One
Auden Johnson

Tagline: A haunted island. An unusual demon. Can this team of magical investigators solve the mystery of the Unburned Island?

The entire island was on fire yet only one schoolhouse burned. Everyone disappeared. Several tried taking it over but were never successful. People no longer talk about Unburned Island. It was left to rot.

Years later, Kiran, En, and a team of magical investigators travel to the island to banish whatever haunts an old building. With En acting strange, they knew this wouldn't be a simple job. Kiran develops a second ability, making their investigation both easier and harder.

It takes them no time to realize the building isn't the problem. The island is. They never anticipated the terrible secrets hidden within the school’s campus. Maybe some of the residents deserved their fate.

She needed to see what was behind that door but didn’t want to get lost. She slipped her hand into someone’s. En’s. She walked. En didn’t stop her. No one objected.
Dark emotions fought inside her. She wanted to hide, kill someone and cry all at once.
They were at the door. Kiran remembered moving but she couldn’t recall getting closer. The air was mud. Heat flashed across her skin. Her arms itched. She scratched and scratched but the itch returned.
The door was different than the others, thicker. An imposing lock kept out unwanted people. She didn’t want to go in there.
It was also closed. Did the shadow come from here? Kiran remembered seeing it by an open doorway. Did she hallucinate that? She was supposed to be here.
Kiran was a puppet. Her will didn’t matter. The puppeteer wanted her in this room. She pushed open the door. No one was objecting. It couldn’t be too dangerous.
Her flashlight beam shone on stone steps.
She couldn’t breathe. Hot and cold took turns assaulting her body. Kiran’s bones became twigs. She couldn’t stop trembling. She didn’t want to go forward.
They climbed the steps.
The room was wide with a low ceiling. Protection circles covered the floor, walls and ceiling. They were all wrong, drawn by a novice. Kiran used to make circles like these when she was in school. They worked, but they didn’t do what you wanted.
A prickly hot feeling settled in her chest. It built like water behind a blocked drain. It screamed for release. A hand touched her. If she destroyed that hand, she’d feel better.
She lunged at the person only to grab air. She needed to see blood. They needed to feel her pain.
“Kiran stop,” the voice said.
Her body stopped moving even though her mind demanded blood.
A coldness replaced the hot feeling. Moving was pointless. Thinking was pointless. Each breath was a painful chore. Death would end her torment. The window would save her.
Fingers brushed her wet face. When did she start crying?
“Please explore this place quickly,” En said beside her. “You can move now,” he whispered in Kiran’s ear.
She sank to the ground. En brushed his finger across her cheek. His touch eased the warring emotions. She leaned into him. En always smelled like honey. Was it cologne? He wouldn’t wear something so useless on a job. Maybe it was his soap. He smelled like he’d taste delicious.
Where did that thought come from? A spirit must’ve put that in her head.
“Something terrible happened here.” Kiran hadn’t meant to say that out loud.
Only negative emotions lived in this room.
A soothing yet prickly sensation brushed her hand. Kiran didn’t see anyone touching her hand but it felt like it. She didn’t sense any spirits nearby. The sensation stopped. Was that Jason? Why couldn’t she see or sense him?
“I think we found why this building wasn’t burned down.” Sona clicked his tongue. “The one place that deserved to be destroyed was unharmed.”
“I’ve seen pictures of rooms like these,” En said. “Around the time humans realized Others existed, they learned even their children could be born hosting a demonic spirit. Children suspected of housing a demon were sent away to be cured. They were tortured in places like these all in the name of purification.” 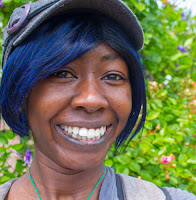 An artist at heart, Auden Johnson loves photography, graphic design, and writing beautifully dark stories. She has published 13 dark fantasy stories featuring diverse characters with powers and questionable morals. She enjoys taking her camera on a long hike and photographing the scenic views. Most of her landscape photos are on sale online. Auden has a Masters in Publishing: Digital and Print and a Masters in Information and Library Science. She lives in Brooklyn with her writing buddy Oreo. 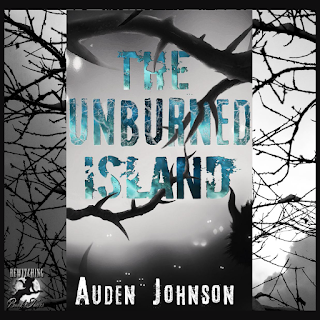 a Rafflecopter giveaway
Posted by Wenona at 3:00 AM

Thanks so much for hosting me! I had a lot of fun writing this post.

Burned schoolhouse? Spooky island? Sounds like a fab read and perfect Covid escape! Your “dabbling” is stunning, Auden. I am a luddite when it comes to Photoshop.