“Gardening with Character”
by J.D. Brown
Hi everyone! *Frantically waves* I’m J.D. Brown, the author of Darkness Above, and your guest blogger for the day.
Even though we’re here to talk about my book, I couldn’t get over how cool it is to be hosted on a GREEN blog. I love green things. I have a house full of succulents and wandering jew plants, and this gave me a cool idea:  What if I had to pick a flower to represent each of my main characters? Which flowers would I pick?
I loved this idea so much, I called up my best friend and we spent an hour giggling over various Google searches coming with the perfect flower for each character.
I’m sharing the results with you below.  But tell me, what’s YOUR favorite flower and why? 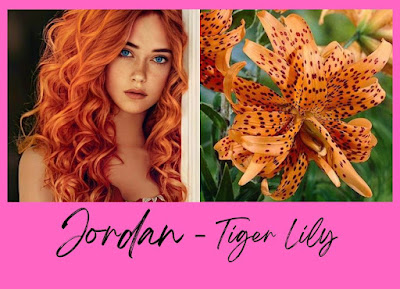 JordanKorento – Tiger Lilly
Our main protagonist, Jordan, is the beautiful and robust Tiger Lily for so many reasons. Like a tiger, she is fierce and craves independence above all else. And while Jordan would say there is nothing delicate about her, the truth is she’s a princess whether she likes it or not. Hence, the lily. Because Tiger Lilys don’t need a whole lot of care to thrive, and because they come back year after year, we felt they perfectly personify our warrior princess. 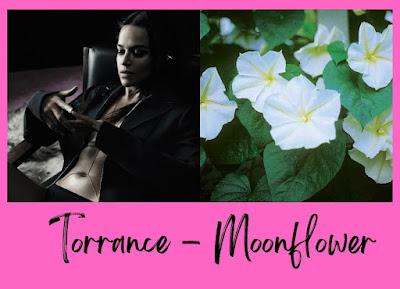 Torrance Albie - Moonflower
This one is actually an easter egg from the book!  Torrance is a vampire and Jordan’s bodyguard. She’s the strong, silent, mysterious type—just like the Moonflowers that only bloom at night!In the book, Jordan, who is able to perform dream magic, paints her personal dreamscape as a field covered in Moonflowers; hinting at her feelings for Torrance.Awww! 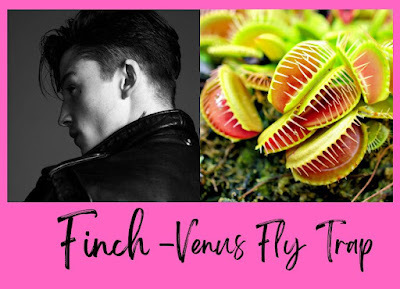 Card Finch – Venus Fly Trap
*Giggles* I can’t tell you why we chose the Venus Fly Trap for Finch. It would give too much away. You’ll just have to read the book. *wink wink* 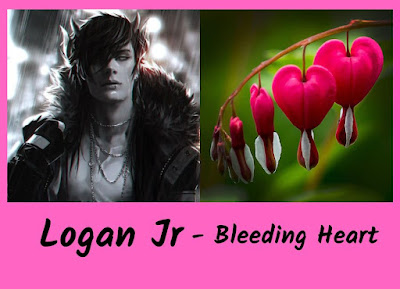 Logan JuniorKorento–Bleeding Heart
Logan Jr. is without a doubt the most tortured soul of all. Cast out and abandoned as a child, all he wants is to belong. But his biggest hurdle seems to be himself as he grapples most of all with his own insecurities. That’s the main reason I chose Bleeding Heart flowers for Logan Jr. But Wikipedia also has this to say about the plant; “In Korea it behaves as a shade-loving chasmophyte, growing in rock crevices at low altitudes in the mountains,” which also describes Logan Jr to a tee. What a coincidence!
I hope you enjoyed getting to know my charactersas flowers.  Now it’s your turn! Tell me your favorite follower in the comments below!
Mine’s a red rose. Beautiful and prickly! LOL! 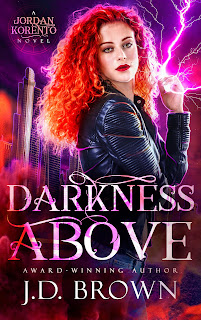 Torrance strolled toward me. She stretched her arms overhead and pulled on both elbows, causing the hem of her tank top to rise. Her flat pale stomach was visible before she dropped her arms to her sides. “How are you feeling?”

“Fine,” I lied. My head ached, and I’d give my left pinky toe for a cup of strong coffee.

Torrance focused on something behind me, and her expression darkened. “Guess who’s back.”

At that moment, Sergeant Card Finch entered the Hall and strolled toward the sparring mats.

Besides being tall and lean and hot as hell, Card had the uncanny ability to blow into a room and make instant friends. Even now, the other senior cadets gathered around to congratulate him on his latest mission while third and fourth year girls hid behind their hands, whispering and giggling.

The scar on his bottom lip fractured his easy smile as he ran his fingers through a shock of dark hair that was just long enough to tip his lashes. Card took the praise in stride, his brown eyes nearly amber gold under the fluorescent lighting.

The Sergeant had been one of three Drag deserters who showed up at the Sword of Somnus Brotherhood just over two years ago, wanting to join us. Unlike his comrades, who mostly kept to themselves and ended up working in the kitchens, Finch possessed what Head Huntsman Chayton called initiative. After passing a six-month inspection conducted by the Elders, Card quickly rose in rank. The Sergeant spent more time leading missions than anyone I knew, and his team always returned with minimal injuries.

What I liked most about Card Finch, though, was his sleeve of tattoos. Black scales covered every inch of his left side, starting just below his square-cut jawline and continuing down his muscled arm all the way to his fingertips. When he flexed, it was like watching a snake slither.

I faced Torrance and upped my brow with a cheeky grin. “Looks like he needs a sparring partner.”

Torrance frowned. “Looks to me like he already has several.”

“Maybe,” I said while walking backwards, bringing myself closer to the sparring matts. “But not anyone atmy level.”

Torrance gave me a knowing look.

With a flirtatious saunter, I faced forward and pushed through the Sergeant’s gaggle of fans until I stood directly in front of him. “Hey, Sergeant. Need someone who’s not afraid to kick your ass?”

Finch gave me a once-over and chuckled. “I won’t go easy on you just ’cause you’re a girl.”

“Good, neither will I.” I raised my fists and distributed my weight. Our audience took several steps back.

“It’s senior cadet. And it’s too bad you missed my party last morning.” I gave him a warning jab. He leaned left, easily ducking the punch.

“Is that so?” Finch lifted his fists and widened his stance. His grin revealed a set of perfect white teeth. We circled while studying each other's weaknesses. He was bigger, which meant his punch would hurt, but I had years of practice with Torrance, so I knew how to be quick.

I waited for him to make the first move.

His shoulders tensed as he feigned back, but I noticed the subtle footwork. The heel of his boot slid just a little more than it ought. He was going to try a combo kick. I smiled to myself, more than prepared to put him on his ass.

Before Finch could strike, Senior Cadet Cramer came between us and put a hand on the Sergeant’s chest, stopping him. “Sir, you can’t spar with her. That’s Jordan Korento.”

“Who?” Finch stepped around Cramer, keeping his fists high.

I followed suit, shifting left. “Shut up, Cramer,” I warned. “Unless you want your butt whooped too.”

That did it. Finch lowered his arms and looked me up and down, his brow furrowed in disbelief. “You’re serious?”

“You little weasel.” I swung at Cramer’s stupid frog face, but before my knuckles connected with his cheekbone, an ironclad grip halted the strike. Torrance stood with her hand wrapped around my fist, her gaze narrowed indisapproval. I yanked my hand from hers and huffed.

“Sergeant Finch?” The four of us turned to find a meek third year cadet, her rank marked by the purple patch on her uniform. She stood near the main entrance of the Hall with her hands folded in front of her. “Head Huntsman Chayton wants to see you.”

Finch nodded and followed the cadet outside.

As soon as they were gone, I punched Cramer’s shoulder—much more gently than I wanted. “Ass.”

Cramer frowned and rubbed his arm. “Stay away from Finch.”

I scoffed. “Jealous much?”

He scrunched his nose. The more he frowned, the more he looked like a bullfrog.

We’d known each other since we were kids. He once grabbed my breast on a dare, and I gave him a black eye. Torrance had let me that time. She also defended me when Huntress Nesca sent us to Head Huntsmen Chayton’s office to be disciplined.

“Do you have any idea how important the Sergeant is?” said Cramer. “How many missions he’s carried out? Not all of us can play pretend with Daddy’s money. Some of us are risking our lives for real.”

“Eat a dick, Cramer, you haven’t been in the field either.”

He sneered. “I thought princesses were supposed to be ladies. Guess that trashy mouth is why your old man dumped you here with the rest of us.”

Torrance squeezed my shoulder while baring her fangs at the senior cadet. “Walk away now, Cramer, while you still have the chance.”

“I’m not afraid of you, vampire.” Cramer turned away and left the Hall with his jaw set.

“Not me you need to fear,” Torrance muttered.

I shook with fury, watching him leave. 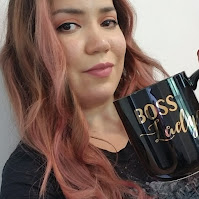 About the Author:
J.D. Brown knows that vampires exist because she dated one, and no he didn't sparkle. A magnet for subcultures and weirdness, J.D. was that socially awkward girl with more fictional friends than real ones. As a child battling a hearing loss and a medical condition called Muckle-Wells Syndrome, J.D. found comfort in books where strong women always saved the day and got the guy. An obsession with Charmed, Sabrina the Teenage Witch, and Buffy the Vampire Slayer lead J.D. to believe that her mutated genes made her something more, not something less. Thus her stubborn flare to persevere was born.
A lover of fine cuisine, coffee, and shoes, J.D. never understood why shoe stores don’t serve Starbucks and soufflé. She resides in Illinois where she writes urban fantasy - aka vampires for adults - and has political debates with her dogs. She loves to hear from fans and is active on Facebook.com/AuthorJDBrown
http://authorjdbrown.com
https://www.facebook.com/authorjdbrown
https://www.tiktok.com/@jdbrown.author
https://www.instagram.com/jdbrown_author/
https://www.amazon.com/J.D.-Brown/e/B007S7MNHQ
Newsletter signup at https://www.authorjdbrown.com/about 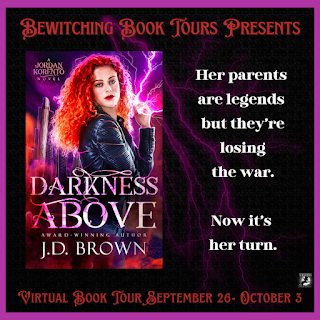 a Rafflecopter giveaway
Posted by Wenona at 4:00 AM